Have you stopped to notice the movements in your body? How do your body parts move when you walk, talk, eat, speak or even breathe? In this chapter we will study how movements happen.

HUMAN BODY AND ITS MOVEMENTS:
If you think about it, you’ll notice that certain parts of your body move in a fixed direction while there are other parts that you can freely move in all directions. Some parts cannot be moved at all.
You see, there are places in our bodies where our body parts seem to join. These are the places where we can bend or rotate our body. The places where the bones join together are called joints. We can bend or move our body only at the joints.
Let us see the different types of joints:

1. Ball and socket joints: When the rounded end of one bone fits into the hollow space (called cavity) of the other bone, the joint is called a ball and socket joint. This joint allows movements in all directions. E.g.: Shoulder joint 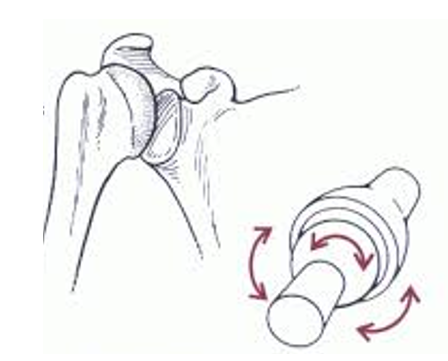 3. Hinge joints: These joints only allow back and forth movements. For e.g., Knee joint is a hinge joint. 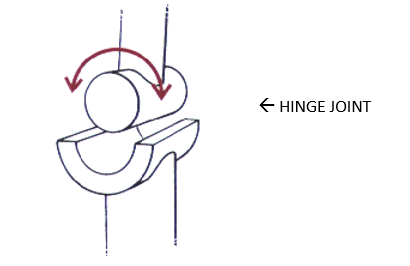 The joints are a part of a bigger structure. All the bones on our body form a framework to give a shape to our body. This framework is called a Skeleton. 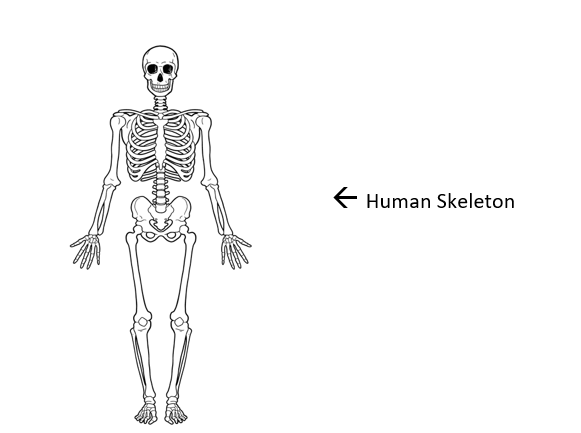 ​The major parts of the skeleton are:

1. Rib Cage: The chest bone and the backbone together form a box like structure called the rib cage. There are some important internal organs that lie inside the rib cage. 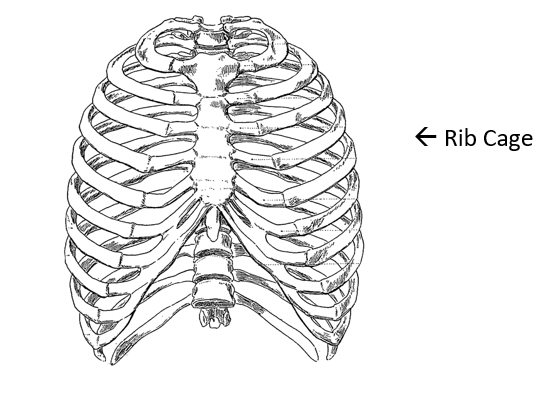 ​2. Backbone: The series of small bones at the center of the back is called the backbone. The rib cage is joined to these bones. 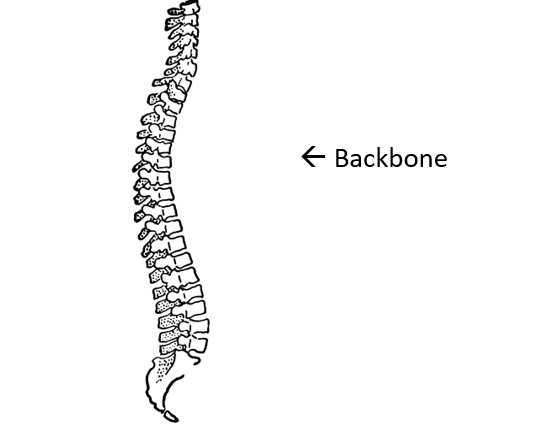 3. Shoulder bones: Either of the two flat triangular bones on each side of the shoulder is called shoulder bone.

​4. Pelvic bones: Pelvic bones enclose the portion of your body below the stomach. This is the part that you sit on.

​5. Skull: The skull is made up of many bones joined together. It encloses and protects your brain which is the most important part of your body.

There are some additional parts of the skeleton that are not as hard as the bones and which can be bent. These are called cartilage. The upper part of your ear has cartilage. In fact, cartilage is also found in joints of the body.
Another important component utilized in the movement of the body is muscle.

​Muscles work together to move a bone. When contracted, the muscle becomes shorter, stiffer and thicker. It pulls the bone. Muscles work in pairs. When one of them contracts, the bone is pulled in that direction. The other muscle of the pair relaxes. To move the bone in the opposite direction, the relaxed muscle contracts to pull the bone towards its original position, while the first relaxes.
A muscle can only pull. It cannot push.

​GAIT OF ANIMALS
Gait means the manner of walking or moving. Different animals have different gait. Let us see some examples.

Earthworm
The body of an earthworm is made up of many rings joined end to end. earthworm does not have bones. It has muscles which help to extend and shorten the body. During movement, the earthworm first extends the front part of the body, keeping the rear portion fixed to the ground. Then it fixes the front end and releases the rear end. It then shortens the body and pulls the rear end forward. This makes it move forward by a small distance. Repeating such muscle expansions and contractions, the earthworm can move through soil. Its body secretes a slimy substance to make the movement easier.
An earthworm also has a number of tiny hair like structures called bristles which are connected with the muscles. These bristles help the earthworm get a grip on the ground.

Birds
Birds can fly in the air and also walk on the ground. Birds can fly because their bones are hollow and light. The bones of the hind limbs are for walking and perching. The bony parts of the forelimbs are modified as wings. Birds have strong shoulder bones. The breastbones are modified to hold muscles of flight. The muscles of flight are used to move the wings up and down.
​ 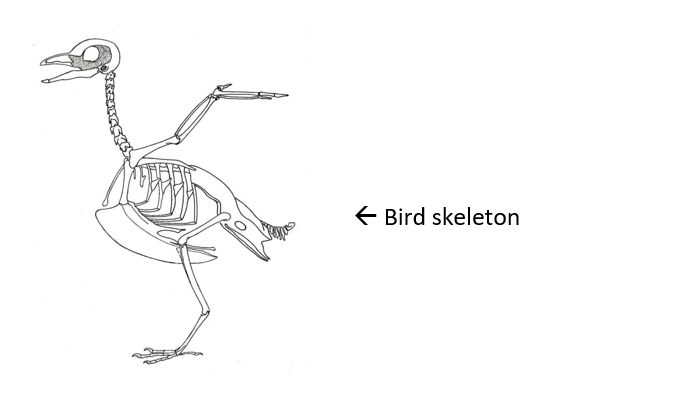 Fish
The head and tail of the fish are smaller than the middle portion of the body –the body tapers at both ends. This body shape is called streamlined. The shape is such that water can flow around it easily and allow the fish to move in water. The skeleton of the fish is covered with strong muscles. During swimming, muscles make the front part of the body curve to one side and the tail part swings towards the opposite side. The fish forms a curve. Then, quickly, the body and tail curve to the other side. This makes a jerk and pushes the body forward. A series of such jerks make the fish swim ahead. This is helped by the fins of the tail. Fish also have other fins on their body which mainly help to keep the balance of the body and to keep direction, while swimming.